Why even wear a bathing suit?

Why Even Wear A Bathing Suit?

Ok, ok…. we’re not getting suggestive here. The answer is obvious: to make a fashion statement, to have coverage during your water adventures, or something to quickly rip on or off your sun-kissed body when the mood hits.

But it got us thinking… what did people do prior to the advent of bathing suits? Actually, ready for this? Swimmers cavorted in the buff. Yes. You heard right. We did some research on this and it’s true: bathing suits didn’t used to exist, and all classical pictures of swimming show nude swimmers.  If folks used to swim in the buff, why don’t we continue to do so? Why do we spend our hard earned money covering our, arguably, most valuable parts with colorful bathing suits? Let’s take a look into the past…

The English practice of men swimming naked was formally banned in 1860. It does seem that the Brits led the way on swimming apparel regulations and interesting apparatuses. For example, were you aware of a creature called a “bathing machine"? 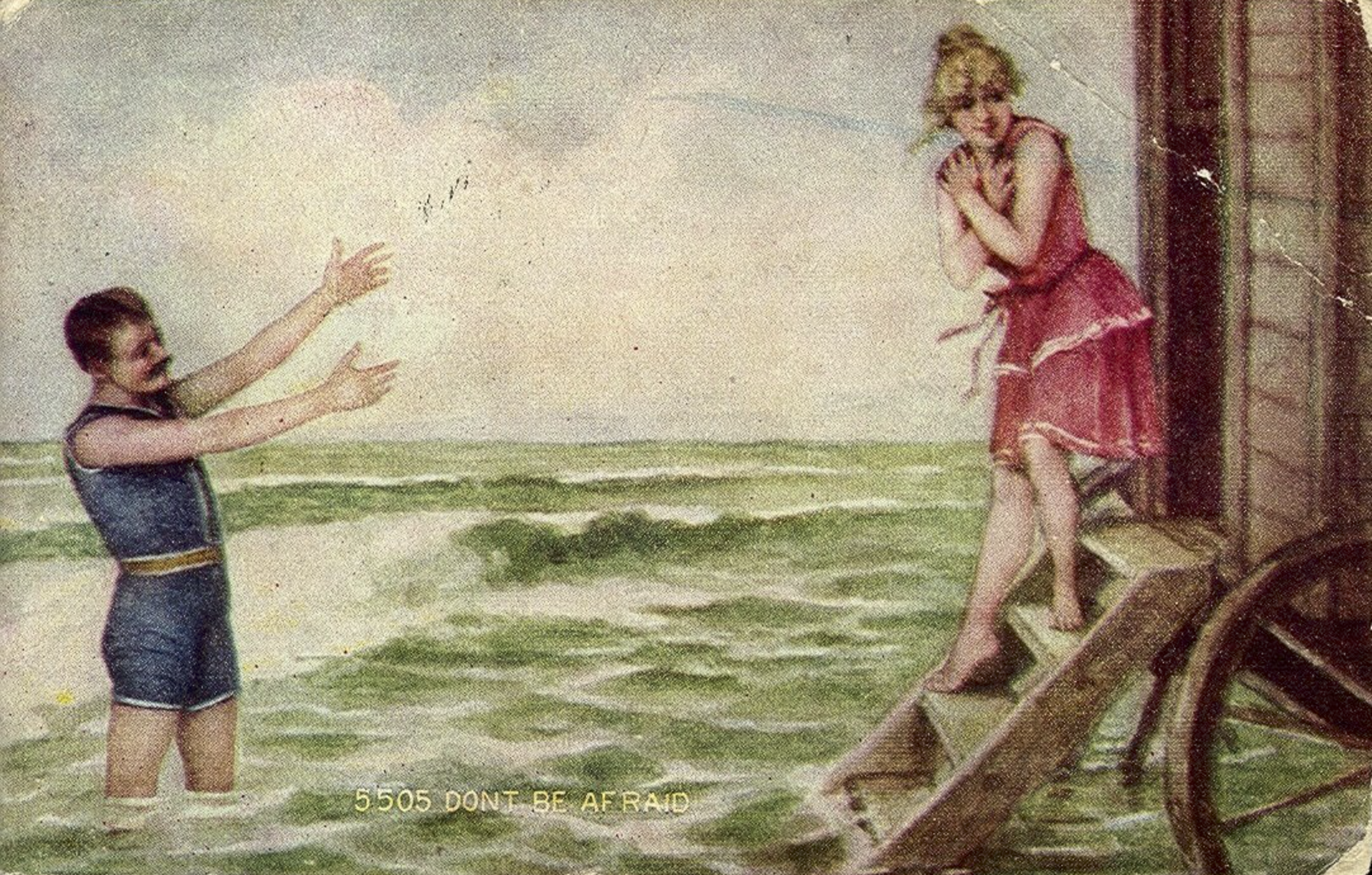 In the early 1900’s mixed gender bathing became acceptable, so bathing machines transitioned to beachside changing rooms and later cabanas. I guess we could say that an 1800’s “male dipper” is analogous to today’s “cabana boy”.

Some of the first bathing suits were made from flannel, believing the warmer fabric would help protect against the colder water. Originally, women wore “bathing gowns” that would not be transparent when wet. Men would wear a form-fitting garment that resembled “long john” underwear made from wool. This design stayed consistent in men’s “bathing” wear for a century. There were two-piece designs for women, but they still essentially covered the entire body. 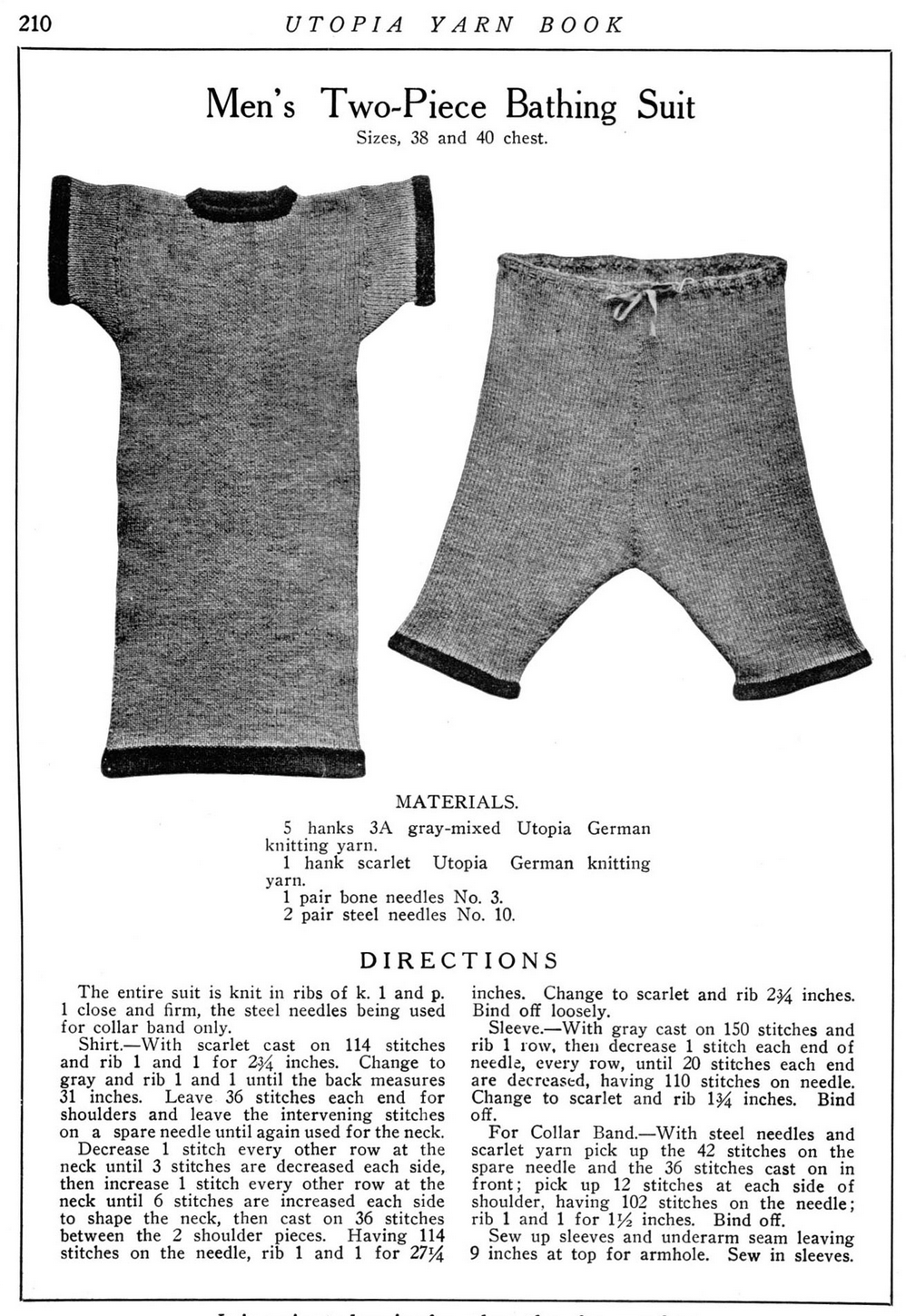 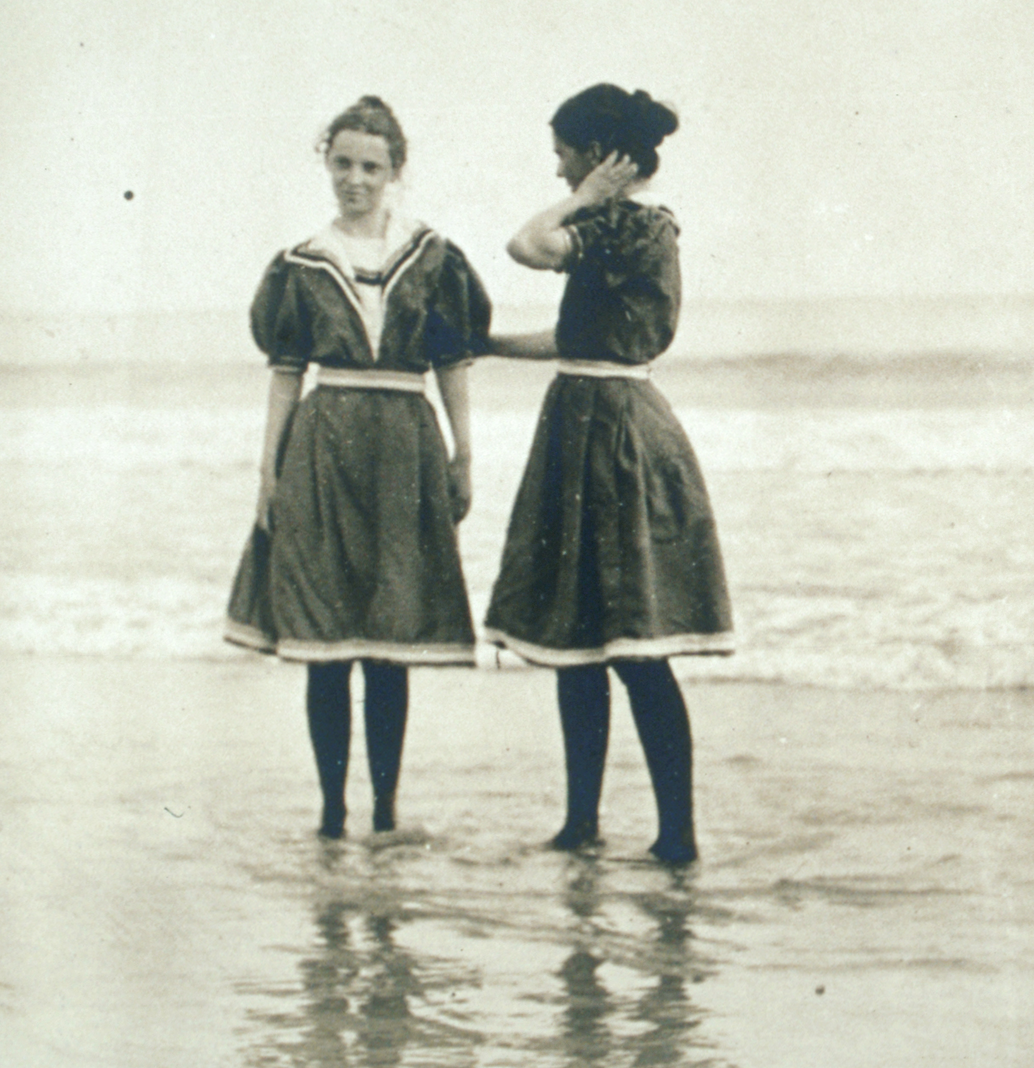 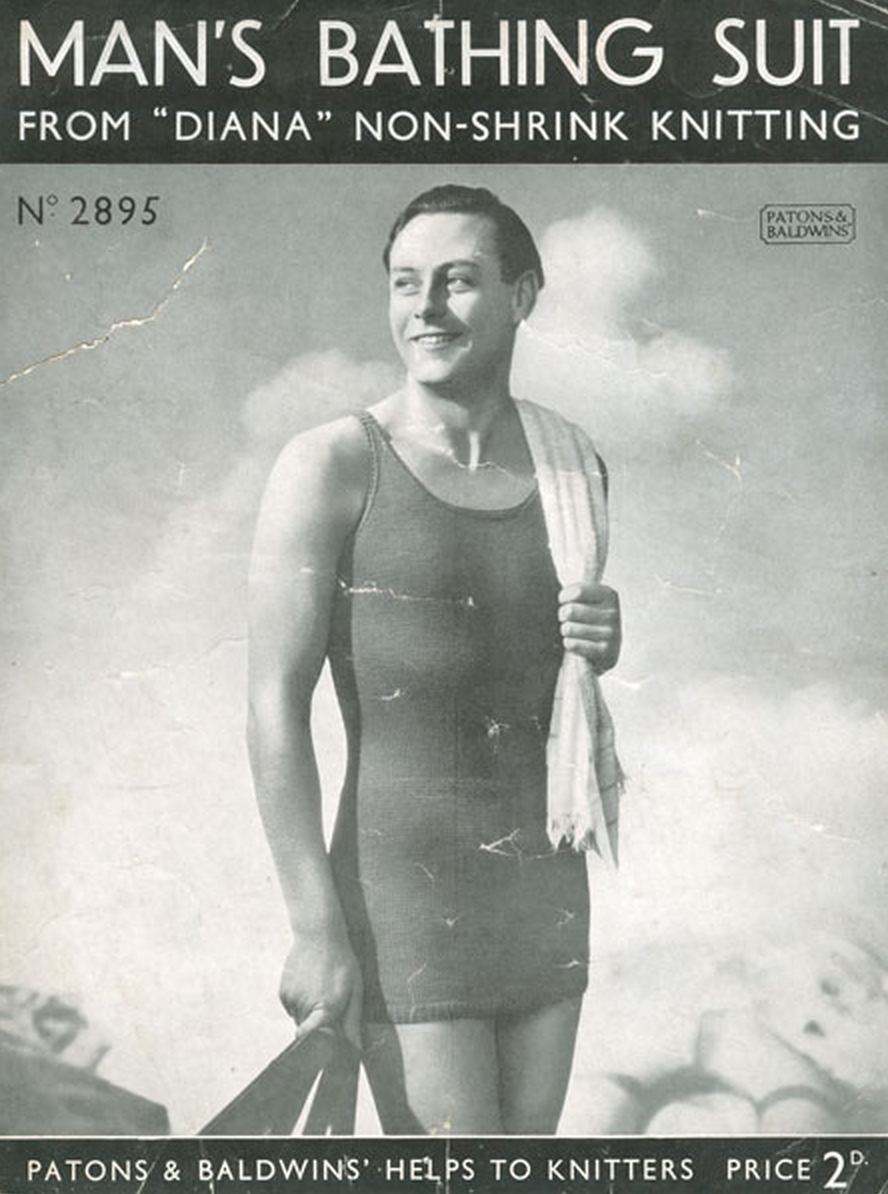 It wasn’t until after WWII that the first bikinis became acceptable and fashionable, however, the bottoms had to cover the naval. Small bit of trivia: Bikini’s are named after “ Bikini Atoll” in the Marshall Islands. The Bikini islands were the site of extensive nuclear tests and had become fairly well known at time. Designer  Louis Reard introduced the bikini at a Paris fashion show in 1946. It was described as “the atom bomb of fashion” and “like the bomb, the bikini is small and devastating”.

It wasn’t until the 1960’s that men’s swim trunks and women’s design “lost fabric” and became an entirely different fashion statement. Over the past 50 years designs and fabrics have changed and quite frankly, gone back and forth from “less is more” to “more is better”. It genuinely depends on which beach in what part of the world you happen to be playing on.

For us…well, no bikini’s yet in our collection, but we have colorful men’s swim trunks and swim cargoes for one heck of a studly look…that is…as studly as you can look while covering your assets! It’s not always practical to go nude…and we’re by no means discouraging the practice, but it is practical to have fabrics that breathe and dry quickly, have plenty of storage for personal items, and look great for your next rendezvous with our favorite element, H2O. 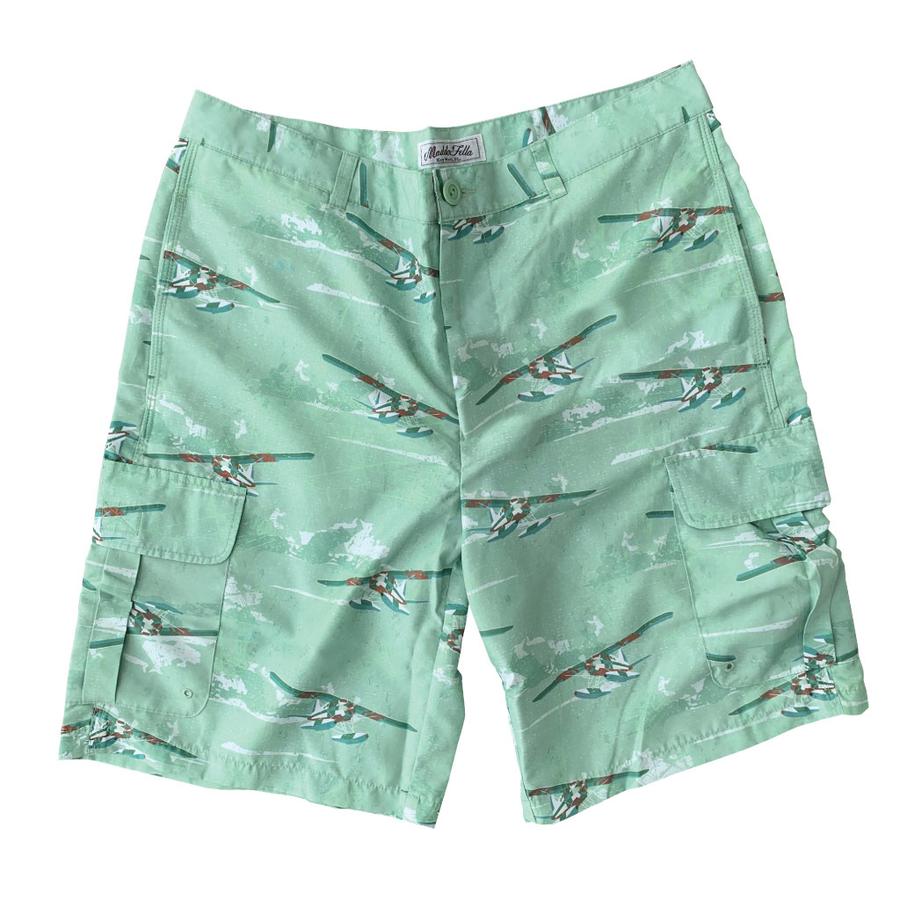 The “Stunt Pilot” takes a light-hearted perspective on our iconic seaplane. Image includes a straight-forward sea-landing, added in with a little “show-boating” from our slightly off-beat pilot. When the world seems little topsy-turvy, take control with this limited edition classic. 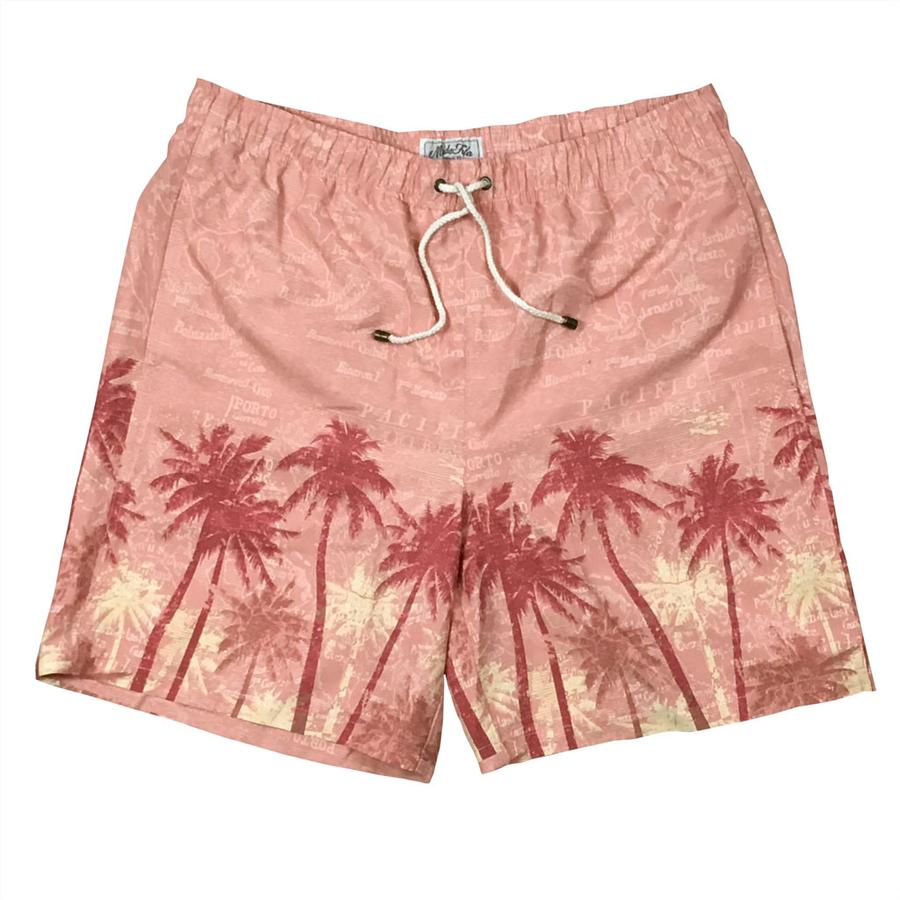 Whether on shore or just a lazy day on the sandbar, these quick-drying trunks will carry you through another beautiful island day. 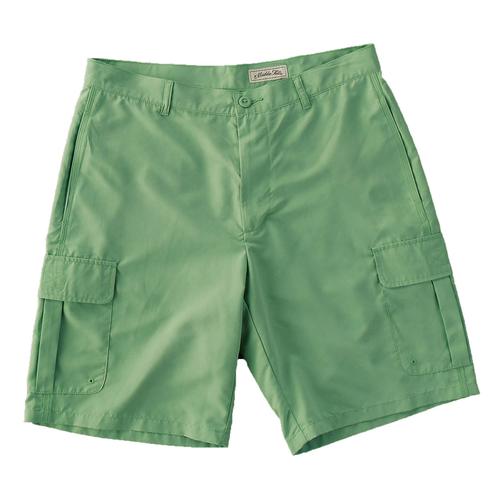 Now playtime can be anytime with these do-it-all shorts. Our Schooner is a grown-up version of the board short that goes straight from a swim in the ocean to a place at the bar.