The Power of the Oyster 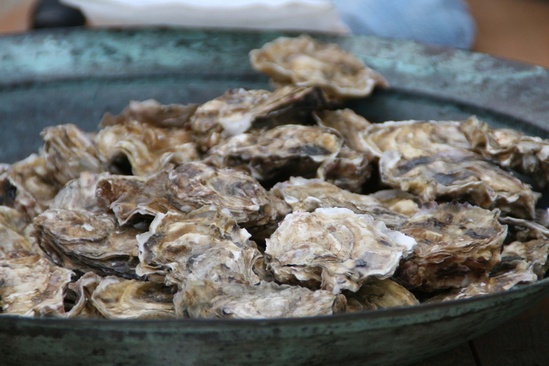 When September Rolls around so does oyster season

Shucked and slurped, roasted with garlic butter, or bacon-wrapped and smoked, these simple bivalves are a seasonal treat.

Traditionally, oysters are harvested and consumed only during months with names containing the letter “r.” There are several reasons for this. First, oysters reproduce during the summer months and are depleted physically due to the spawning process. This results in poor quality of the oysters. Also, in the days before refrigeration, the colder “r” months made storage of the oysters more reliable.

In time, over-harvesting and habitat loss severely reduced the oyster population worldwide. This does not simply impact the culinary world. Oysters are the foundation of a healthy aquatic ecosystem. From their water cleaning prowess to their ability to provide habitat for other species, this humble creature is essential.

Scientists at the National Oceanic and Atmospheric Administration (NOAA) and foundations across the world are working to thoroughly study the impact of oysters on their environments. Their long-term goals are to establish sanctuaries, reduce pollution and habitat loss, and restore oyster reefs to their former functional levels.

Oysters are filter feeders, which means they pump water through their gills and feed by trapping food particles and other nutrients that are suspended in the water. In doing so, they also capture contaminants, such as nitrogen and phosphorus, converting those particles into their shells and thereby removing them from the environment.

The oyster’s filtering power is truly impressive. Just one oyster can filter more than 50 gallons of water in a day. To see filtration in action, watch this time-lapse video below. 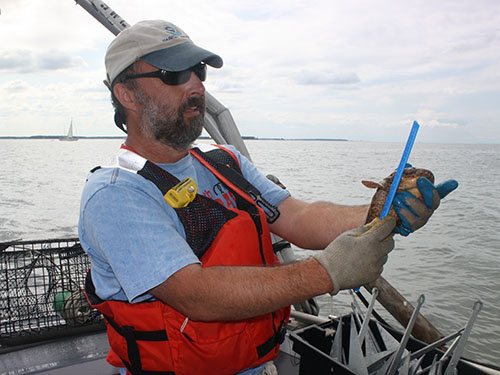 Studies conducted in 2014 at Stanford University showed the oyster’s effectiveness in removing chemicals of emerging concern (CECs) from the water, including trace levels of pharmaceuticals, personal care products, herbicides, and flame retardants. Researchers put native California floater mussels and invasive Asian clams in treated wastewater with various levels of CEC contamination. They found that the bivalves had removed up to 80% of the contaminants 72 hours later.

Multiply that times the number of oysters in a typical bed, which in a healthy reef can number in the billions, and you can begin to see the overall impact this species has. Researchers estimate that in the past, the extensive reefs in the Chesapeake Bay area could filter the entire volume of the water, some 19 trillion gallons, in about a week. Today’s oyster populations are so low, that it would take them over a year to do the same.

Beyond contaminants, oysters also trap sediments, resulting in clearer water. The clear water facilitates plant growth by allowing more light to reach the seabed. This plant growth in turn provides a food base for wildlife and promotes a healthier overall ecosystem. Oysters growing in tall, mature reefs, versus in flat beds, are better able to filter and clean water than those growing in flat beds within the silty bottom of the waterway.

In 2012, the Woods Hole Sea Grant, Cape Cod Cooperative Extension, and the Mashpee Department of Natural Resources partnered to measure the nitrogen removing capabilities of shellfish in the Cape Cod area. Of the wild oysters, farmed oysters, and quahogs gathered, researchers found that the individual farmed oysters contained 0.28 grams of nitrogen, quahogs contained 0.22 grams, and wild oysters contained 0.32 grams. These numbers represent the amount of nitrogen that would be removed from the waters and stored in the shell and tissues of the shellfish.

While the implementation and restoration of natural oyster beds is an immediate step that can be taken to help clean waters, it is important to remember that it is just one step. Pollution reduction is necessary to reduce the environmental burden of contaminants in waterways. 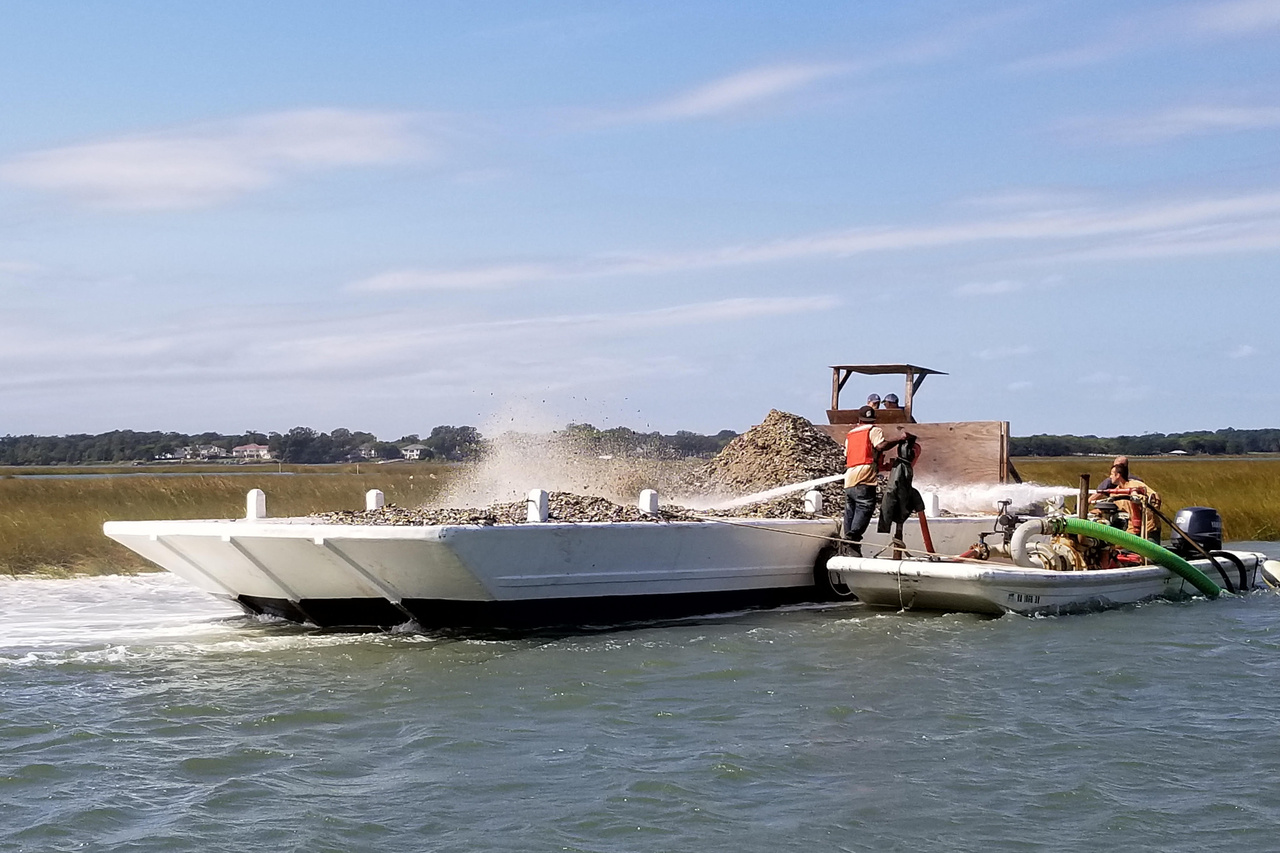 Oysters can grow on various surfaces in salty or brackish waters, such as submerged rocks or piers. Over time, subsequent generations layer on top of older shells, fusing together to form rock-like reefs, full of texture and hiding places. This results in critical habitat for numerous species of fish and invertebrates that rely on the oyster beds for food, shelter, and even a nursery for developing young.

The oysters basically create their own ecosystem, attracting numerous other species that depend on them for food and shelter. Smaller organisms, such as shrimp and sponges, are attracted by the shelter oyster beds provide. These animals in turn attract larger predators, such as bass or crabs. The result is healthy diversity within the ecosystem and excellent fishing grounds. 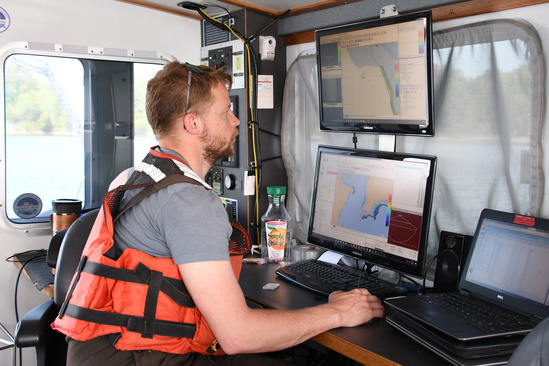 In the massive restoration project underway in the Solent, researchers found that 83 different species were living in and around the oyster cages installed in April of 2017, including spiny/long-snouted seahorses and endangered European eels.

According to the NOAA, oyster reefs provide additional protection for the environment. They give stability to the seafloor and reduce the energy of the waves, which prevents local erosion. This can be especially important during high-impact events, such as storms, and can minimize the effect of tides. They also provide a stable environment for vegetation, such as grasses, and strengthen the barrier for wetlands.

Unfortunately, the environmental benefit of oysters is at an all-time low due to the significant reduction of their population. Once extending for miles throughout bays and waterways in North America alone, now approximately 85% of the world’s oyster beds have been depleted or are functionally extinct. As pollution levels rise, the impact of this loss is magnified.

Over-development and destruction of wetland habitats have contributed heavily to the loss of oyster populations. Runoff from agriculture and manufacturing has overloaded the water with contaminants and silt. The sheer amount of toxins entering these water systems have weakened oyster beds and led to the spread of disease. 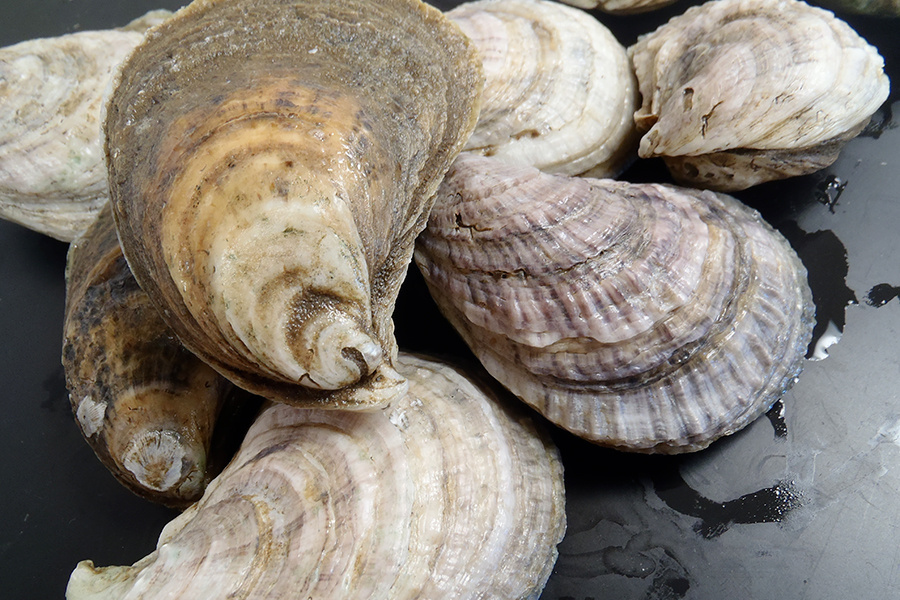 Over-harvesting has had a major impact. In the Chesapeake Bay, the oyster reefs once grew so tall that boats had to take care in navigating around them. The use of destructive harvesting methods, such as dredging and tong harvesting, has toppled oyster structures built up over decades. This method not only removes the oysters, but also the habitat they create for other species, resulting in an overall decline in diversity.

Around the world, there are ongoing projects to restore oyster beds to their former levels of population and functionality. For nature, the reefs provide clean water, food, and shelter. For mankind, the benefits, not only in low-cost nitrogen and CEC cleanup, are augmented by the positive economic impact brought by healthy oyster reefs. Jobs are created through maintaining and growing the reefs, harvesting the oysters, and selling them commercially. Their natural shoreline stabilization and erosion prevention ability can save thousands of dollars over using man-made bulkheads and retaining walls.

The following are a couple of the larger restoration projects.

In the waters between England and the Isle of Wight is a traditional oyster fishery called the Solent. Once the largest in Europe, oyster harvesting was banned in 2013 when populations fell dangerously low between the years 2008 and 2010, and the oysters were not able to reproduce. As a result, the surrounding water quality declined in tandem with the number and variety of fish. In a domino effect, this led to economic impacts within the fishing industry.

The Blue Marine Foundation funded a five-year project to rebuild the oyster population in the area by introducing a million oysters each year, beginning in 2019. The goal is to restore the local reefs, improve the water quality, restore habitat, and thereby bring life back to the ecosystem.

In the Chesapeake Bay region, oyster bed levels fell to less than one percent of their recorded high, almost disappearing from the strait shared by Maryland and Virginia. A massive restoration project, started in 2014, between NOAA and the Chesapeake Bay Program seeks to restore oyster populations in 10 tributaries in Maryland and Virginia by the year 2025. Two of these rivers have already completed their restoration projects: Harris Creek in Maryland and the Lafayette River in Virginia.

In Maryland’s Harris Creek, restoration efforts are already showing a positive impact. Between 2013 and 2015, the Chesapeake Bay Foundation and its partners introduced an estimated two billion oysters over 350 acres of Harris Creek – one of the largest projects in the region. These new reefs make for powerful contaminant removers in the area.

The Lafayette River in Virginia is another success story. The restoration of more than 80 acres of oyster reefs has resulted in a renewed diversity of species found in the area as well as lowered levels of bacteria, paving the way to open the waters for recreational activities.

Healthy ecosystems mean healthy waterways, diversity of life, clean water, habitat, and protection. These goals are possible by incorporating the simplest of natural solutions into a multi-prong approach to area restoration. The humble oyster is a powerful ally in countering decades of environmental decline, leading to not only healthy environments, but the economic benefits of jobs, products, and reduced costs for maintaining shorelines. May the good work continue.